Grand Pacific is an established, well-capitalized direct lender to the real estate markets. Being very selective about the loans which we write, controlling overhead and minimizing unnecessary costs allows us to provide the highest approval rating with the most economical lending packages to our clients.

We believe that long-term relationships are based on superior service, high integrity, reliability, and consistency.

Our vision is to assist businesses, entrepreneurs, and individuals in fulfilling their dreams.

Our strategy is to identify and satisfy borrowers with out-of-the-box financing needs.

At the inception of operations in 1984, small-ticket lease financing was primarily provided to customers. Over half of the lease portfolio was in the manufacturing sector with the remainder widely diversified in the printing, food service, textile, medical, hospitality and construction sectors. As the business grew, small business loans were offered. In 1987, construction loans primarily on small, infill residential developments were made. Often, construction of just single-family houses was financed.

In the early 1990’s, the Company decided to narrow the focus of its product base to small business loans backed by real estate, and broaden the focus of its customer base to businesses of all descents. Until the mid-nineties, leasing still accounted for nearly half of the Company’s portfolio, but commercial mortgage lending has gradually assumed a greater emphasis and eventually becomes the Company’s main focus. The existing portfolio of mortgage loans is indicative of the philosophy of maintaining a diversified asset base and originated over $1 billion.

Today, Grand Pacific Financing Corp. specializes in the origination of commercial loans secured by real estates.  The Company employs common-sense lending in due diligence and structure.

Our management team is made up of a diverse group of seasoned business professionals. We all understand that as a business owner you need a decision quickly and need funding fast. This is why we maintain a small Credit Committee.

What does this mean for you? This means quick decisions can be made without the paperwork and approval processes of other lending institutions. Deals that come in go straight to the Credit Committee’s attention, we do not have middle management and can give a response typically within 24-48 hours if can do the deal or not. We don’t need different tier management’s approval before going to the Credit Committee like most banks. We do not have a pool of high net worth individuals we need to sell the deal to. We can quickly pull-the-trigger on the deal since the Credit Committee is involved since day one of inquiry. 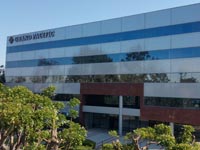